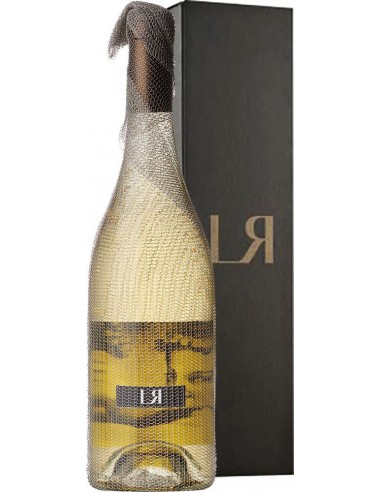 'LR' by Colterenzio is a prestigious cuvée created by Luis Raifer. Produced in a few bottles, it is a blend of Chardonnay, Pinot Bianco, Sauvignon and Gewürztraminer, aged on yeasts and matured in wood, which make up this cuvée with an important structure and feminine elegance. Femininity transmitted also through the external envelope, unique in its kind.

LR was officially presented in the fall of 2014. Since then, four vintages of this exclusive cuvée have been launched on the market, which has become a cult item for lovers of special wines.

Although LR has existed for a few years, the idea of ​​its creation goes back many years and in particular to the times when Luis Raifer, undisputed pioneer of South Tyrolean viticulture, was president and director of Cantina Colterenzio. He wanted "to produce an exclusive wine, able to excite a very demanding clientele and at the same time strengthen the image and prestige of Colterenzio".

After many tests and experiments to identify the right varieties, in 2014 LR 2011 was finally born: Chardonnay, Pinot Bianco, Sauvignon and Gewürztraminer (2015 vintage without Gewürztraminer), important varieties for Colterenzio, which, left to mature on yeasts and aged in wood, go to compose this extraordinary cuvée. A structured and elegant wine, presented in a sophisticated packaging, able to excite.

A transparent bottle through which you can see the baroque style label of a Dionysian scene, different for each vintage. A very fine wire mesh wraps around the bottle, like the filigree of a Renaissance corset, giving it an elegant and unique look. The vintages now produced, 2011, 2012, 2013 and the new 2015 vintage are found in the most exclusive restaurants, where sommeliers and industry experts are fascinated by wine and its extraordinary packaging.

'LR' are the initials of Luis Raifer, the great inspirer of this wine. For many years Raifer was president and director of Cantina Colterenzio as well as one of the pioneers of the qualitative revolution.

After a few years and several attempts to find the right varieties, LR is finally born. Chardonnay, Pinot bianco, Sauvignon and Gewürztraminer, aged on yeasts and matured in wood, make up this cuvée with an important structure and feminine elegance. Femininity that wants to be transmitted also through an external shell, unique in its kind for elegance and refinement.

The wines from the hamlet of Colterenzio were favourites of Archduke Sigismund when he resided at Firmiano Castle in the 15th century, though the area was producing fine wines much earlier. Around 15 b.C. a Roman country gentleman named Cornelius settled here and established his "Cornelianum" wine estate and the first wine culture in the area. The Roman name eventually evolved into "Cornaiano", the village Colterenzio calls home. The Colterenzio winegrowers' co-operative was founded by 28 vintners in 1960. Over the years other passionate viticulturalists from diversified micro-zones in the area joined the collective, and today nearly 300 members cultivate approximately 300 hectares of vineyards.