The Ribolla Gialla (Yellow) is a native white grape variety of Friuli-Venezia Giulia, Slovenia and Kefalonia, in the Ionian islands. According to some, this vine comes from the Robola grapes, originating from the island of Kefalonia, which were brought to the Friuli area by Venetian merchants at the time of the Serenissima. Other theories, on the other hand, state that this vine is much older, and that it was introduced in Friuli at the time of the Roman Empire. The most accredited version is however the one that sees the origin of the precious vine at the time of the Romans, who cultivated it for the first time in the hills around "Rosazzo". In Slovenia and Croatia, just beyond the border it is called "Rebula", and it is believed that its origin was right on the southern islands of Dalmatia or further south as far as Kefalonia. From here some believe that it was imported into Friuli or Venetian pear merchants in more recent times, ie around 1100. The two most renowned areas for the production of Ribolla Gialla are the Collio (the area north of Gorizia, to the nearby Slovenian border) and the Eastern Hills (the hilly area surrounding the city of Udine). 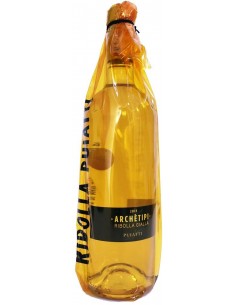 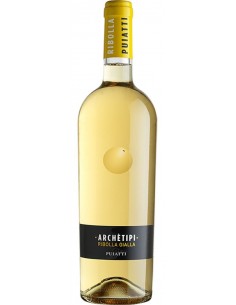 Ribolla Gialla 'Archètipi' by Puiatti is made in the vineyards located in Romans d'Isonzo, in the heart of Friuli, whose grapes are harvested and selected by hand at the end of September. The 'Infusion' technique is used which consists in dipping the Ribolla Gialla berries in the wine of the previous year, allowing the precious aromatic components of the skins to be extracted.