Il Negroamaro (also known as negro amaro and negramaro) is a black grape variety grown almost exclusively in Puglia, particularly in the Salento area. The origin of the name according to some is nothing but the repetition of the word black in two languages: niger in Latin and μαύρο (transliterato mávro) in Greek, hence the dialectal màru. According to others, it derives from the very dark color of the berries and the bitter taste of the wine. It is one of the main vines of Southern Italy. It is an extremely versatile grape, also widely used for vinification in rosé. On the market it is possible to find both products vinified in purity or mixed. Salice Salentino DOC is very well known. It is obtained through a mixture of 85% Negroamaro and 15% Malvasia Nera grapes, which weakens the typical bitter characteristics typical of Negroamaro. 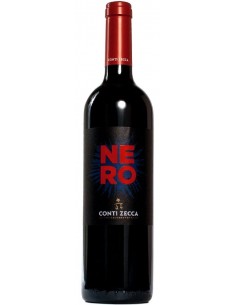 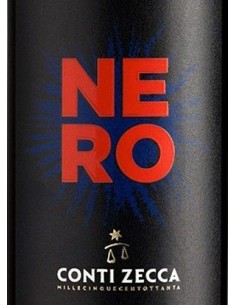 The 'Nero' by Conti Zecca is a great Negramaro who scores each year, which, if they do not exceed 90 cents, always approach him a lot. Long aging: 18 months in French wood barrels, 1 year in oak barrels and 6 months in bottle. Great price / quality ratio, to be put into the cellar.