It is a very ancient vine, whose cultivation was already known by the Greeks who called it Pictaton who appreciated its qualities in wine and considered it coming from the southern Adriatic. But this presumed origin finds no confirmation and probably must be attributed more referring to the first Hellenic colonizations in Italy but not to the spread of this vine. In fact the vine spread in Romagna with the name of Cagnina. The name Terrano, on the other hand, for some seems perhaps due to the Istrian stone traded in the past in the area. Its full name today is in fact Terrano del Carso or Istria, being part of the Refosco family, also Refosco del Carso or d'Istria. But the name is probably due to the organoleptic qualities of wines that have a very dense color and powerful and marked flavors. In fact, Ter in German means tar and as is well known Friuli was for centuries under the Austro-Hungarian dominion, when the Austrians particularly loved this wine for the medicinal properties due to the highly ferrous soils on which the vineyards were, and are still today , cultivated. In past centuries these characteristics indicated it in traditional medicine for regenerative therapies against anemia. 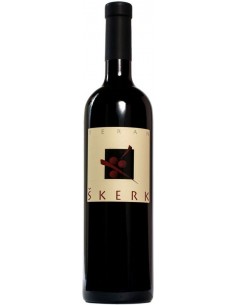 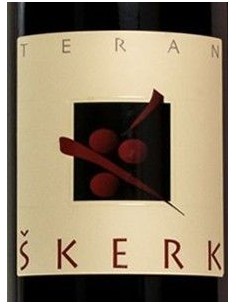 The Venezia Giulia Terrano by Skerk is a pure organic Terrano, a vine symbol of karstic viticulture and a close relative of Refosco. Wine that manages to enhance the typical characteristics of the area as the freshness and delicacy of its aromas in addition to a powerful tannin. After macerating on the skins for 15 days in wooden vats, it is then refined for 1 year in 25 hectolitre barrels. barrels.