Cabernet franc is a black grape variety that originates in the Gironde area of ​​France. This vine is mainly used together with Cabernet-Sauvignon. In 2000 there were over 7000 hectares of Cabernet Franc cultivated in Italy. It is difficult to stabilize the exact quantity of cabernet franc vine as it is sometimes confused with Cabernet Sauvignon and very often with Carménère. It is widespread especially in the north-east of Italy, particularly in Friuli, but there are also crops in Veneto (where it is also known as Bordò), in the context of some Chianti blends and in the extreme south, in Puglia and in the South-eastern Sicily. The cultivations of Cabernet Franc in Tuscany have increased in recent years, particularly in the Bolgheri region and in the Maremma, where the grapes are appreciated for the balance and elegance that leads to the blends. Italian wines that are often simply labeled as "Cabernet" tend to be mainly Cabernet Franc or a blend of Cabernet Franc and Cabernet Sauvignon. 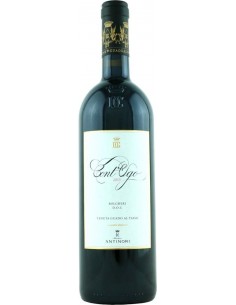 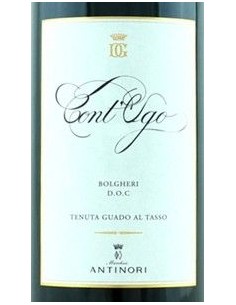 The Bolgheri DOC 'Cont'Ugo', Tenuta Guado al Tasso, by Antinori results from a careful selection of Merlot grapes vinified in steel and subsequently left to mature for about a year in barrique. It is a wine characterized by a more vertical setting than usual, with a slight acidic finish, and a harmonious and complex aroma.