The Bovale Grande is a black grape vine, imported by the Spaniards. This typology also called Bovale grosso, also known as the Spanish one, was distinguished from the small Bovale, called Bauleddu. Its diffusion in Sardinia is limited to about 27 hectares, present above all in the Terralbese, on sandy soils, many of which are free. The plant is not very vigorous, it prefers medium expansion breeding with medium and short pruning. Production is abundant, but not constant. The maturation of the fruits grown on sapling takes place within the second decade of September. The wine made from sapling and old vineyard has good polyphenolic concentrations and extractive richness, but as an espalier and with "modern" breeding, as in all traditional Italian vines, it is diluted losing identity and character. 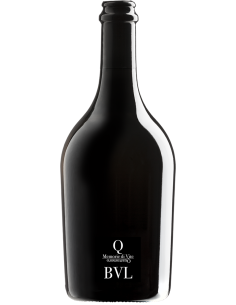 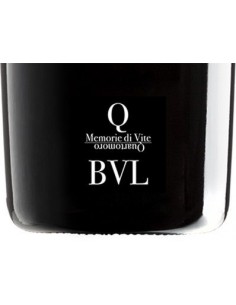 'Memorie di Vite BVL' by Quartomoro di Sardegna is a Bovale in purity that comes from the Franco di Piede vineyard planted in 1925. The vine leaves are salted from the sea aerosol helping to create an intriguing and pleasantly complex wine. Sweet notes of red fruit, plums, Mediterranean scrub and mineral puffs. Rich in structure and flavor, it goes well with strong-flavored meats.