Orvieto is a DOC wine whose production is allowed in the provinces of Terni and Viterbo, in an area considered to be the oldest enoic territory of Umbria. The main vines that contribute to the production of Orvieto are the Tuscan Trebbiano, also called Procanico, which is accompanied by the Grechetto for a minimum of 60%, in the remaining 40% the white vines allowed in Umbria and in the province of Viterbo can be used. 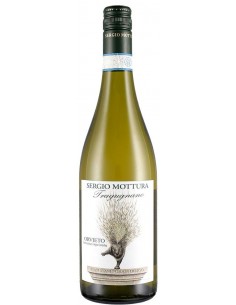 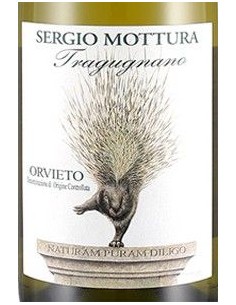 The 'Tragugnano' by Sergio Mottura is a white wine assembled from the best grapes selected in the vineyards that have best responded to the climatic conditions of the year. Matured on fine lees in steel tanks, it is versatile in combinations and excellent as an aperitif. It bears very well, deriving considerable benefit from it, some years of aging.