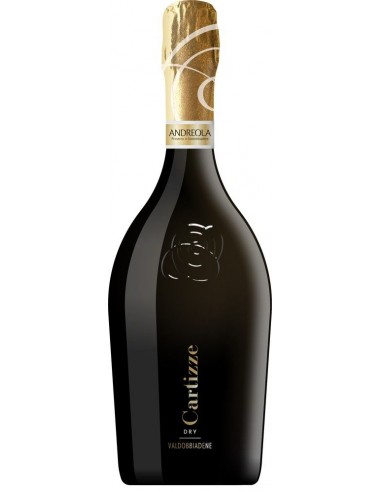 The Cartizze by Andreola is a Prosecco Superiore Valdobbiadene DOCG Dry. Sparkling wine of rare elegance and fine bead from the famous Cartizze area. From Glera grapes in purity, this wine is perfect as an accompaniment to desserts.

By buying this product you can collect up to 1 point. Your cart will total 1 point that can be converted into a voucher of €0.20.

A family passion for wine

The passion for the vineyards and the wine is the hallmark of this family business founded in 1984 by Nazareno Pola and still follows its production from the vineyard to the cellar, skillfully combining ancient methods and modern technologies, the passion with reason.

Today Stefano Pola continues in managing the company with the same philosophy of the father. An evolution that led Andreola to fully understand the "character" of the DOCG ProseccoSuperiore, the evolution of the grape, its different adaptability to the territory and climatic diversity and guaranteeing its customers a high quality product and controlled at every stage processing, in full compliance with the new legal provisions on traceability.

The territory of Prosecco

The foothills of Treviso and in particular the hills of Conegliano Valdobbiadene stretch to show for centuries nobility and vocation for vine cultivation. But what are the characteristics of the area? Why prosecco with a capital P originates from these gentle slopes?

The fortune of this area is, of course, in a set of geological and climate-related factors.

The production area of ​​Conegliano-Valdobbiadene cultivating grapes on about 3,600 hectares of land at an altitude between 50 and 500 meters s.l.m. and annually it produces an average of 400 thousand tons of grapes. At the heart of these hills, in the specific area of ​​San Pietro di Barbozza, extending a micro area of ​​106 hectares selected which produce the Valdobbiadene Superiore di Cartizze.

The many physical and chemical characteristics of soils, exposures, gradients, microclimates and altitudes determine the differences that characterize the prosecco grown in these hilly belts consist of parallel chains that stretch with East-West direction, embraced by the Piave River to the west the Meschio and the stream Crevada east.
The area is also divided into two districts by the river Soligo, the Western District of Valdobbiadene called (they belong to the hills of Valdobbiadene, Combai, Miane, Farra di Soligo, Soligo, Col S. Martino and Vidor) and the District of Conegliano ( which includes the slopes of Conegliano, Carpesica, Ogliano, Feletto, Refrontolo, Susegana, Solighetto and Pieve di Soligo).

These parallel cords hills are composed of different geological origin land. Three training eras: secondary (Lower Cretaceous, Middle Cretaceous, Upper Cretaceous), Tertiary (Miocene, Pliocene, Pontus) and the Quaternary era.
The hills of Conegliano (S. Pietro di Feletto and Susegana) were formed as a result of flooding started in the Miocene and continued until glacial period; They are generally heavy soils and partly ferritized dark red.
The Vittorio Veneto (Carpesica area Scomigo, Ogliano, and Colle Umberto) is characterized by permeable soils, deep, with abundant gravel, and instead has an origin of Quaternary glacial formation.
The slopes that from Serravalle extend west to Cison di Valmarino, to S. Pietro di Barbozza consist of clayey limestone, marl, sandstone, and mollose Miocene. These are the soils with the physical-chemical characteristics most renowned for the production of sparkling wine.

Finally, the hills of Valdobbiadene descend to Vidor, are very different from each other as they consist of a succession of glacial deposits, alluvial terraces and alluvial fans.

The land of Conegliano-Valdobbiadene represents a point of particular encounter between history and other geological phenomena whose mixing, combined with a 'major temperature change generated from the nearby mountains, has given us a land able to generate the aromas, flavors and the typical harmonies of our beloved Prosecco.

The geographical heart of the Valdobbiadene Prosecco Superiore DOCG is between the two towns of Conegliano and Valdobbiadene. Here we find a landscape of rare beauty, from the rolling hills full irregular vineyards that follow the profile.

The glaciers descended in primordial eras from the Dolomites digging a passage that became the bed of the Piave are the origin of the physical configuration of the territory: it is a land that result from the erosive process has absorbed valuable elements, that we find today in the vine .

The good balance of physical-chemical components of the soil and the microclimate, characterized by high temperature and constant humidity, help to characterize the fruits of the vineyards of this area for their phenolic components and especially for the aromatic complexity.

This geographical typicality is what you will find in wines Andreola brand:
a high quality Prosecco that owes everything to the respect and exaltation of its territorial origins. 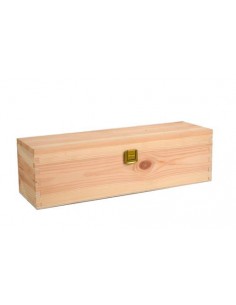