l Pinot grigio (also, as mentioned, genetic mutation of Pinot Noir) was for many years one of the most "fashionable" wines of Italian production. A success that has allowed the plant not only in Veneto, but also in Friuli and in Alto Adige. Development that led on one hand to the massive reduction of red varieties and on the other to a notable qualitative leap (parallel to that of sales). It is copper-colored, often it is vinified in white but if vinified in contact with the skins it assumes its peculiar coppery color and is theoretically less "endowed" with its white or black variant. Yet its diffusion has then opened the way to the production of great fruity, fragrant and well structured wines. In particular it has greater acidity in Trentino and Alto Adige (and therefore lends itself to longer maturation), is very rich in Collio and in the Colli Orientali del Friuli and finally has given appreciable results in Tuscany. In Alsace, instead, it is vinified in contact with the skins and is known as Pinot Gris (previously Tokay Pinot Gris or Tokay d'Alsace), an internationally known wine of great quality. Same vertex reaches also in Germany (where it is called Ruländer), in the Valais (where it is called malvoisie) and in Hungary (where it is known as szürkebarát).

Sort by:
Relevance Name, A to Z Name, Z to A Price, low to high Price, high to low
Filter (6 products)
Clear filters 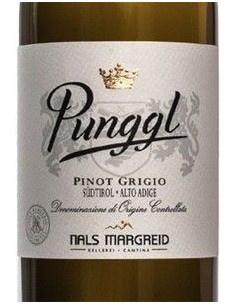 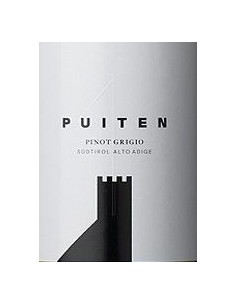 The Pinot Grigio Colli Orientali del Friuli DOC, Vini Orsone range, by Bastianich fully reflects the world's success of this wine thanks to its ability to combine with many dishes, although it can be enjoyed as a pleasant aperitif wine. Mature apple notes, delicious richness and persistence on the palate. Balanced, fresh and fulfilling, with great persistence.

The Pinot Grigio Ramato by Le Vigne di Zamò is made from pure Pinot Grigio grapes, picked and selected by hand during the first two weeks of September. Aged for around 6 months in large oak barrels before bottling. Pleasant aroma of bread and yeast. Warm, ample and sapid. Perfect to match with fish dishes.

The 'Gris' Friuli Isonzo DOC, Selezioni line, by Lis Neris is a pure Pinot Grigio coming from a single 'historic' vineyard where the vines have all reached the maturity of production. Fermentation and maturation takes place in 500 liter French oak barrels (tonneau) to increase their aromatic breadth without changing their original characteristics.

The 'Punggl' by Nals Margreid is a pure Pinot Grigio with spicy and fruity aromas of orange, honey and hay to delight our sense of smell to the glass. The fullness and the juicy structure due to the deep clay soils, the marked persistence favored by the old vines, make it perfect for pasta dishes with intense flavors, fish and white meats.

'Lis' Venezia Giulia IGT by Lis Neris is a Reserve, fruit of an extreme selection. A vertex wine, unique, capable of expressing the balance between the vines and the place of production. There are no fixed percentages for this assembly of Pinot Grigio, Chardonnay, Sauvignon Blanc, each vintage has a different equilibrium point. Organic fertilization. Fermented and matured in tonneau.

'Puiten' by Colterenzio is a classic rich in finesse produced with grapes from selected historic vineyards. Fermented and then left to mature for ten months, part in steel and part in tonneau is among the best Pinot Grigio in South Tyrol. A charming, delicate, soft, fresh and mineral wine, a delicate balance between elegance and complexity. Pleasantly fruity bouquet and harmonious and balanced taste.