Vine of Spanish origin of Catalonia or Aragon. The Grenache (Garnatxa, Garnacha, Cannonau, Red Tai ...) is of ancient tradition in the Mediterranean wine-growing areas, it is the vine with the largest surface area in the world. Originally, it was exclusively black grenache. But little by little the gray (or rosy) and white forms developed mainly at the time of the expansion of natural sweet wines.

In 1400 it was brought to Sardinia during the Aragonese domination, a period during which this vine, with its numerous genetic variants (including Cannonau or Cannonao, Grenache or Garnacha) reached France, especially in the Roussillon area. Alicante, Tocai Rosso and Cannonau seem to have the same genetic heritage, so they would be the same vine, while the black Vernaccia from Serrapetrona, although with some differences, would belong to the genetic variability of Grenache and therefore of Alicante. The Alicante grape is widespread in Tuscany, Lazio, Umbria, Liguria and Emilia. With the synonym Cannonau in Sardinia, with the synonym Vernaccia nera in the Marche, with the synonym Tocai or Tai rosso in the Veneto. 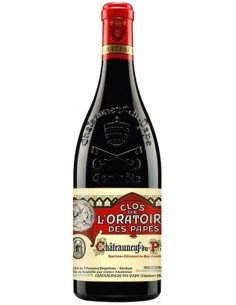 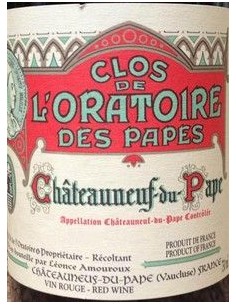 The Chateauneuf Du Pape Rouge by Ogier Clos de l'Oratoire Des Papes is an iconic wine created by Léonce Amouroux in 1880. The tradition of vineyards from the middle age of 25 years takes place in the highest respect of nature. Winemaking is traditional, while the refining takes place in Allier and Tronçais wood briquettes. Elegant flavors, robust and velvety taste, excellent.