The cellar Pieropan has the merit of having made the world aware of the Soave and his land as a synonym for great wines. In fact, it is the exasperated attention and selection of the best grapes, which are born all the wines of the winery Pieropan: assisted inseparable Teresita, Leonildo Pieropan demonstrated in the difficult years that it was possible, thanks to the work and to the respect of the vineyard, get results considered unreachable. The wines produced are distinguished by the style and to be authentic expressions of the territory and of the man who produces them with love and dedication. The Soave lands, strictly hills with very old vines, mostly trained by the pergola, giving great importance to Pieropan cellar.

The privileged position of the screws and the unconditional love with which Leonildo the care, makes the wines of essential and unique Pieropan for the concreteness of their style.

It is not easy to maintain such a profile over the decades, but anyone who has been lucky enough to taste a Soave Pieropan of over twenty years of age knows the evolutionary possibilities of the wines of this area, which in the bottles of this wine are one of greatest expressions. The same obsessiveness is also found in young red wines of Valpolicella (Ruberpan and Amarone), a new project that has enriched the Pieropan cellar. 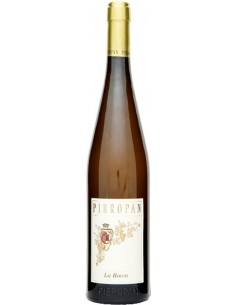 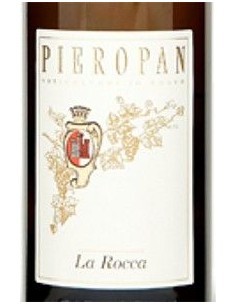 Soave Classico La Rocca by Pieropan is a white wine just gorgeous. Manufactured by one of the most respected winemakers of the Soave appellation has a history dating back to 1890. An elegant and precious white wine with a unique complexity. A graceful floral bouquet and sweetly fruity, soft and smooth, fresh and mineral.