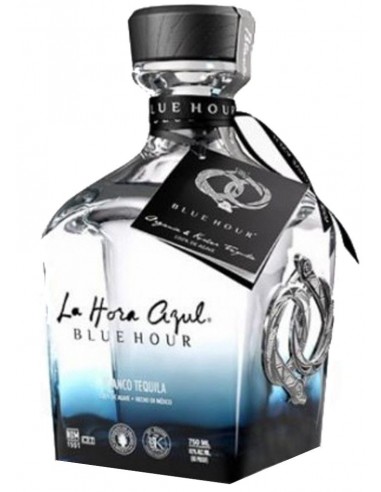 The Tequila Blanco 'La Hora de Azul' by Blue Hour is produced exclusively from blue agave, on the volcanic soils of Jalisco. A distillate that is characterized by the oven cooking of the "piña". It matures between 3 and 12 months. Particularly suitable for cocktails, it is delicately spicy and aromatic.

The Tequila Blanco 'La Hora de Azul' by Blue Hour is produced exclusively from blue agave, on the volcanic soils of Jalisco. A distillate that is distinguished by the baking of the "piña", that is the central part of the plant stripped from the leaves, to maintain unchanged fragrances and freshness. The Tequila is matured between 3 and 12 months. Particularly suitable for cocktails, it is extremely pleasant even pure, with a bright, pure and crystalline color with aromatic notes of vanilla, caramel and honey and a soft, delicately spicy and aromatic taste.

Tequila embodies the spirit and culture of an entire country, Mexico. It is indeed a distillate produced in this nation from very ancient times: traces of its existence have been found since the time of the Aztecs, well before the Spanish Conquistadores arrived. The priests of the Aztec populations, the only ones allowed to taste the Tequila, used to use it to enter a parallel state of "trance", in which God appeared to them ordering them to make human and animal sacrifices during some religious celebrations.
Over the centuries, the Tequila became, also thanks to the influential Iberian domination, widely used, until today it is one of the most marketed products in the world, with different productive realities dedicated to its realization.
Among these stands out the Blue Hour, a strongly traditional distillery, which is located in the mountainous area surrounding the volcano "Tequila", whose name derives from the homonymous little town nearby. It is a company that can boast the collaboration of over 300 families of local farmers, who daily dedicate themselves with passion and patience to the cultivation of blue agave, the best quality available in the Jalisco region. An area characterized by soils, climatic conditions and different heights, which give different nuances to each individual agave specimen. The plants are cultivated by farmers' families with sustainable practices, which aim above all to implement a careful irrigation, which allows not to waste too much water.
Today the Blue Hour gives life to three different types of Tequila, blanco, reposado and anejo, made in a line called "La Hora Azul". Three products that differ in characteristics and refining methods, on whose labels stands the logo of two intertwined snakes, which represent the passion of primordial energy. Distillates of personality and character, ideal to be tasted during the most cheerful cocktail parties. 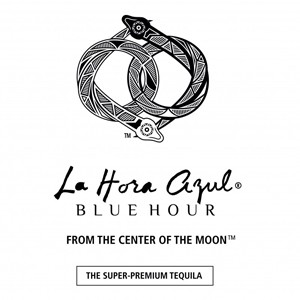